In this post we’ll extend the Patreon contracts from my previous post with the EIP-1167 minimal proxy. The Minimal Proxy helps us save gas when we need to frequently deploy the same contract: instead of repeatedly deploying duplicate logic, we deploy a proxy for storage and delegate to a single logic contract.

Minimal proxies are useful when we need to repeatedly deploy the same contract. In the Patreon project the PatreonRegistry deploys a new Patreon instance whenever a user calls createPatreon. But the logic of the Patreon contract stays the same across deployments. What changes is the storage: each new deployment has a different fee, subscription period, etc. Instead of redeploying the same logic everytime, which costs more gas and adds unnecessary bytecode to the network, what if we reuse the logic and just deploy a minimal contract to host the new storage? This is exactly what the minimal proxy does.

Without a minimal proxy

Without a minimal proxy every call to createPatreon deploys another Patreon instance, whose deployed bytecode is 8170 bytes. 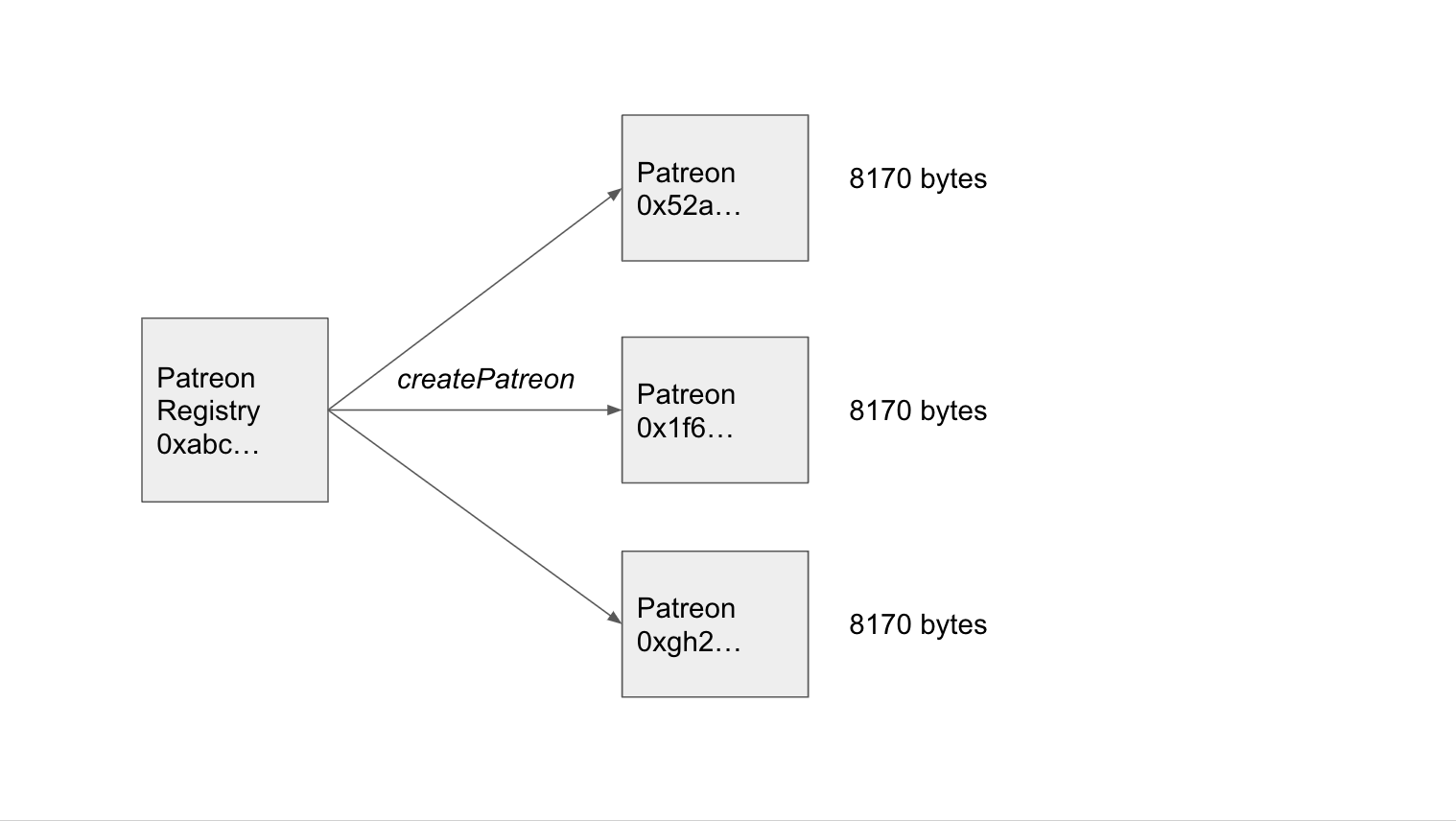 With a minimal proxy

With a minimal proxy the Patreon contract is deployed only once, to be used as the “logic” contract for the proxies. Every call to createPatreon creates a minimal proxy contract that forwards to the logic contract. Remember, calls are forwarded via DELEGATECALL, so storage is updated on the proxy, not the logic contract. For example, if we call subscribe on our proxy, the logic is executed by the Patreon contract, but storage like the _subscriber mapping, subscriberCount and the balance is actually updated on the proxy’s storage. 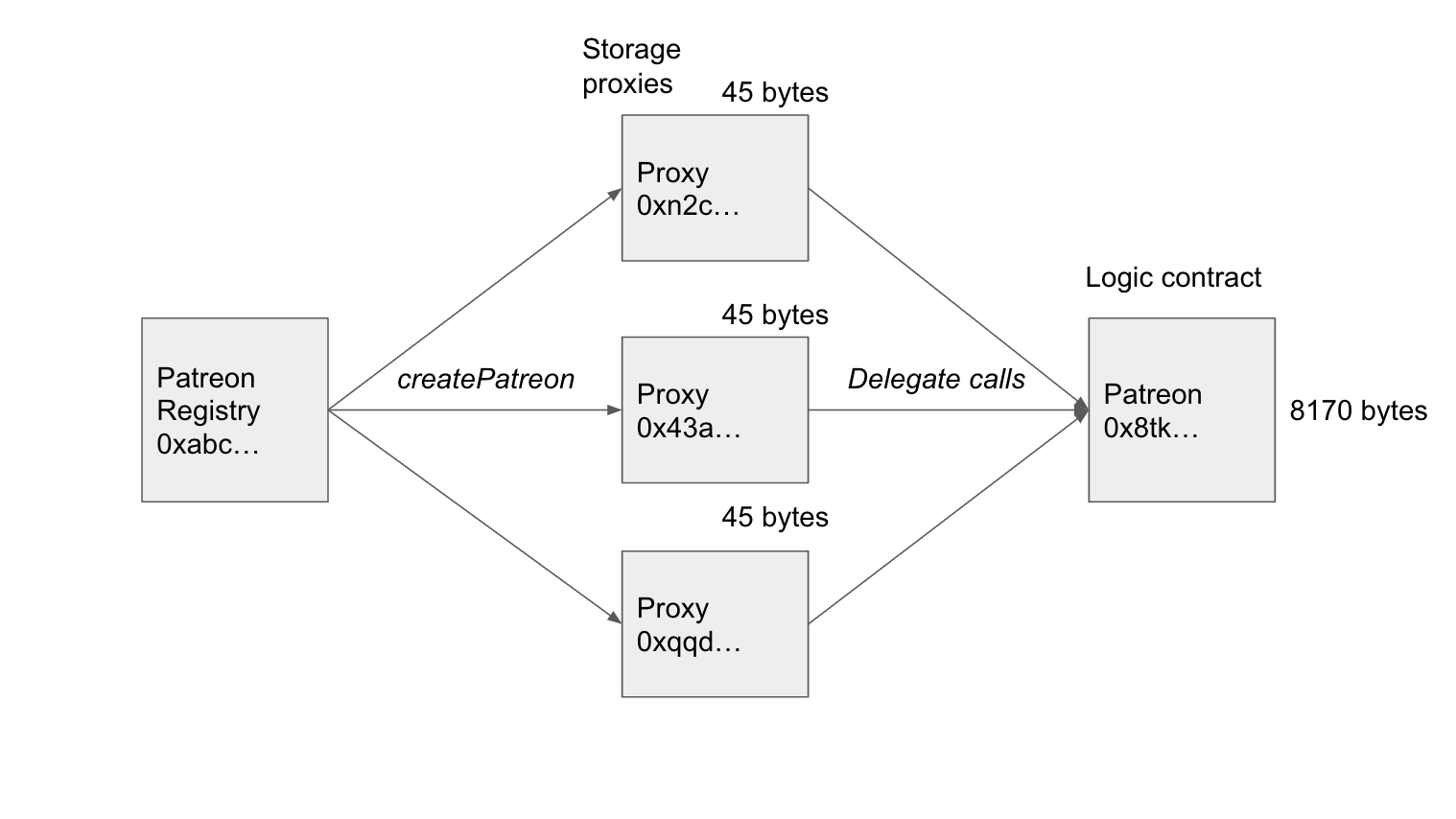 We’re going to use Open Zeppelin’s reference implementation of the minimal proxy, which can be found in the Clones library. To deploy a proxy we call clone, passing the Patreon logic contract’s address as the implementation parameter.

Here are the changes to PatreonRegistry:

You may have noticed Patreon doesn’t have a constructor anymore. Instead, we initialize its params via an initializer. Because of the way constructors work, they’re incompatible with proxies. Open Zeppelin has an excellent explanation for why this is the case, which I encourage you to read.

Our updates to Patreon include

We’ve demonstrated how to save gas and bytecode by using a minimal proxy. In my opinion the only tradeoff is a slight increase in complexity. All things considered I think the gas savings outweigh the additional complexity! If your project has a factory like PatreonRegistry that deploys many duplicate contracts, then I highly recommend using a minimal proxy :).

You can view and run the code in this GitHub repository.