Note 1: This post requires an understanding of the bytecode structure of a solc compiled contract. Please read Deconstructing a Solidity Contract — Part III: The Function Selector to understand how a contract’s bytecode dispatches an incoming transaction to the correct function. In this post I will refer to it as the contract’s function dispatcher.

Note 2: If you want to read about an even sillier and less practical optimization then check out Part 1 of this series.

A contract’s function dispatcher checks the first four bytes of calldata against each function selector in your contract. If it finds a match it jumps to the bytecode that executes that function. If it doesn’t find a match it checks the next selector (image from Deconstructing a Solidity Contract):

Consequently, functions whose selectors appear later cost more gas to execute because there are more failed checks before reaching the right selector. We can verify this ourselves with a toy contract (compiled on Remix): 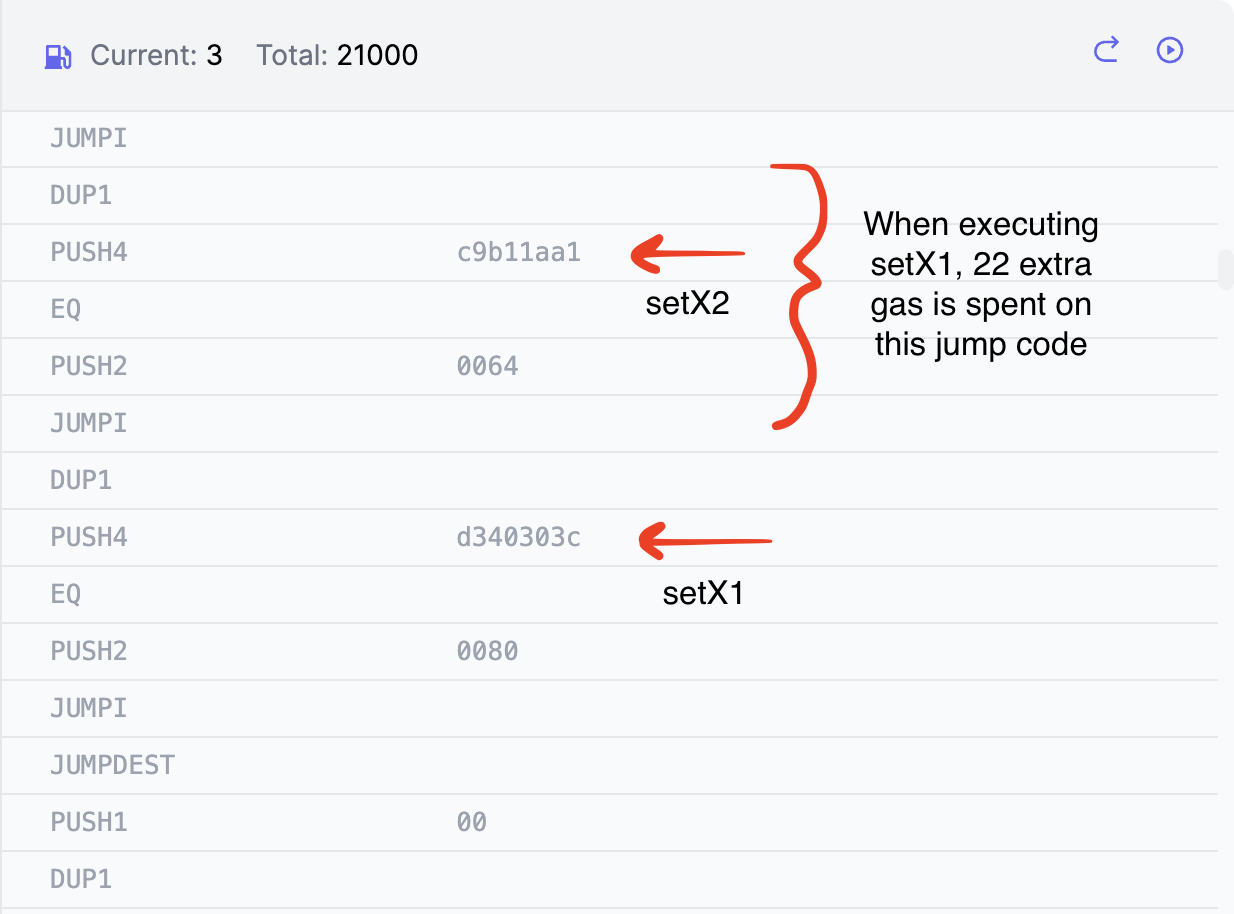 When we call the contract to execute setX1, we still spend 22 gas on the 5 instructions that check the calldata against setX2.

A quick analysis on the most recent 100 txns on Curve’s 3Pool shows the following function calls:

For the sake of simplicity let’s assume these are the only three functions on the contract, and the worst case dispatch ordering: from least frequently called to most frequently called. Also suppose the implementations of Remove_liquidity, Exchange, and add_liquidity costs X, Y, and Z gas respectively.

Then across 1000 txns we would have the following gas costs:

But if the jump table was reordered so that Remove_liquidity came first, Exchange came second, and add_liquidity came last, then the gas costs become: 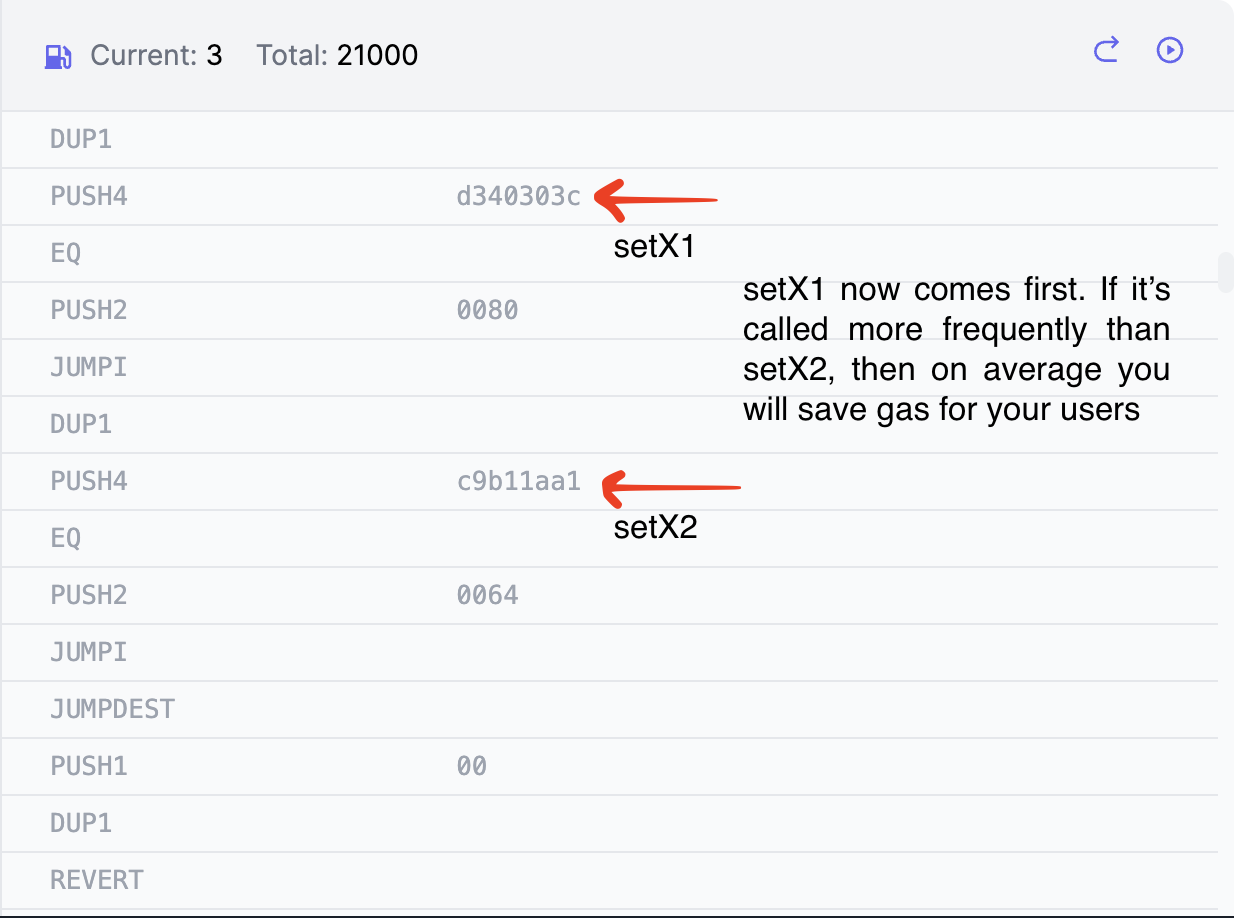